Having already learned what the official name of Android N will be, we also know that it will be classed as version 7, and so its full title will be Android 7 Nougat. The next big question is its release date, and there is speculation that it will happen next month, which means two things, it will be released earlier than Marshmallow, and also iOS 10.

Android 6 Marshmallow was released in October 2015, and so that would make the release of Android Nougat 2 months earlier than the current version, and also around a month sooner than iOS 10, which will be its closest mobile OS rival.

We already had a good idea of what to expect from Google thanks to the release of the Android N Preview earlier this year, and now that Apple has released iOS 10 beta 1 (with beta 2 expected soon) we now have a better idea of how the two differ from each other. 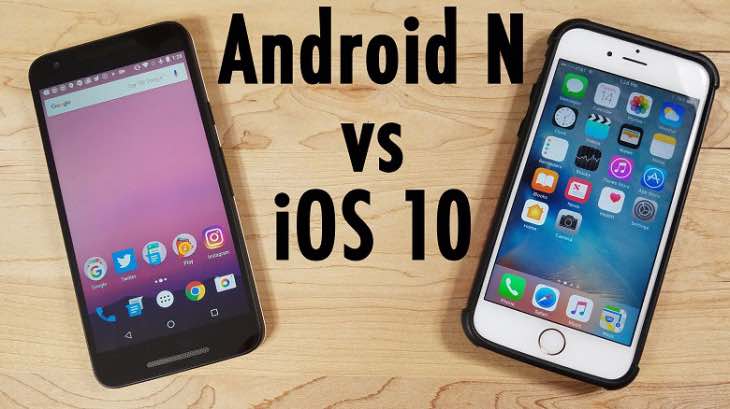 Android 7 Nougat Vs iOS 10 – When looking at a recent comparison of the two mobile operating systems, we can clearly see that they do seem to come up with similar solutions to similar issues, although it is easy to see that they both still hold on to their individuality.

It’s clear to see that Apple has worked on streamlining iOS and has now started to address a few issues with some of its services, although Android has been doing this for a little longer. Google has worked hard on making Android Nougat more appealing, and this can be seen in its preview version.

Google are still working on the looks of its next version of Android, something they always seem to do, whereas Apple is also doing what they tend to do, and that is offering even deeper functionality with iOS 10.

Take a better look at how these two compare within the link above and let us know how you feel these two mobile operating systems are going to challenge each other, and where they both need to improve – which they surely will before their final release.