We have some good news for NVIDIA Shield Tablet K1 owners, as many of you may have realised that a new Android 6 update is now rolling out adding some brand new functionality to the tablet.

As a result, we can bring you the official list of changes with the NVIDIA Shield Tablet K1 Android 6.0.1 update notes.

NVIDIA has added some important system enhancements and bug fixes, notably support for the Vulcan API graphics system and also repositioned navigation buttons in Landscape mode – although some of you may not necessary agree with this one. 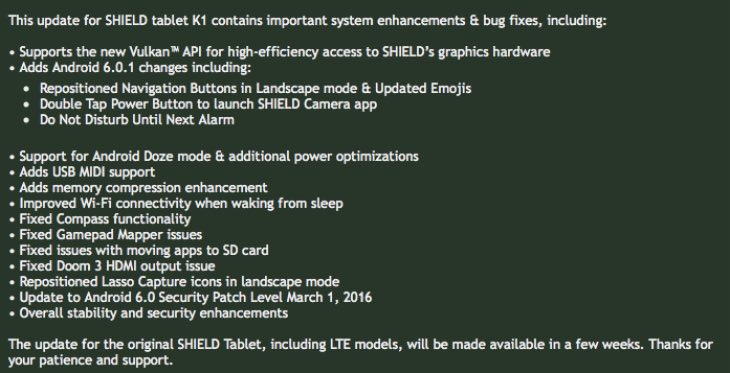 The full Android 6 changelog for the NVIDIA Shield Tablet K1 is listed above. This should be rolling out to everyone now so let us know what you think of the changes after you have installed it.

Are you happy with the support that NVIDIA is offering for the new tablet so far?