With June almost at an end we now head into another month, and what will bring with it a new Android 5.1 device update list for July, 2015. We already know of two smartphones ready to get this mobile OS update, all of which should be released later this week.

First up we have the Motorola Droid Turbo Android 5.1 Lollipop update, which is set to rollout later this week. You will wonder why Motorola decided to skip version 5.0, but it is not worth worrying because this version comes with more features, and tweaks to make the user experience better. We do not know the specific release time, but soak tests have already begun. 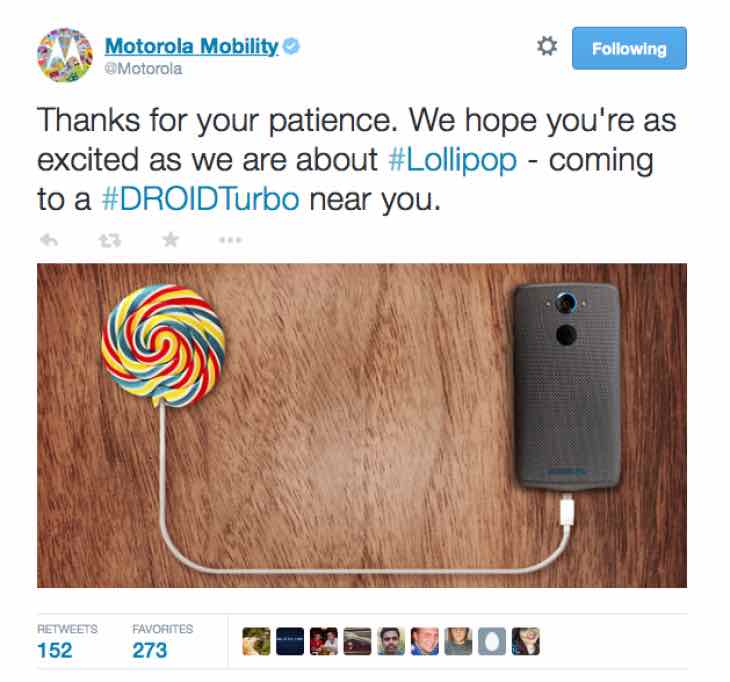 Next we have the HTC One M9 Android 5.1 Lollipop update from Sprint customers. The OTA rollout will begin tomorrow, July 1, 2015 with its camera improvements. There are also a few other features, such as better WiFi performance, improved security options, and a bundle of fixes.

While those two devices have been confirmed to be getting their updates this week, the Galaxy Note 4 Android 5.1.1 update for July is still rumored, although with the Galaxy S5 now getting the update, we highly doubt it will be long before the larger handset follows its smaller sibling.

The Sony Xperia Z3 and Z2 will also be getting their 5.1 Lollipop updates next month, although we have no specific date.

What Android device would you like to see get the 5.1 or 5.1.1 update next month?