It’s come to our attention that there are serious problems with the recent Android 5.0 update for the Nexus 7 tablet. Users are now taking to social media in the masses, complaining that the Nexus 7 Android bricked their device – resulting in a hashtag #Nexus7bricked actually trending over the weekend.

Looking deeper into the problems, many users are specifically saying that their Nexus 7 is not working and stops on the Google screen after booting up from the Android 5.0 Lollipop update.

Google recently launched the Android 5.0.2 Lollipop update for Nexus 7 and it looks like this new software is most to blame for the ‘bricked’ complaints. 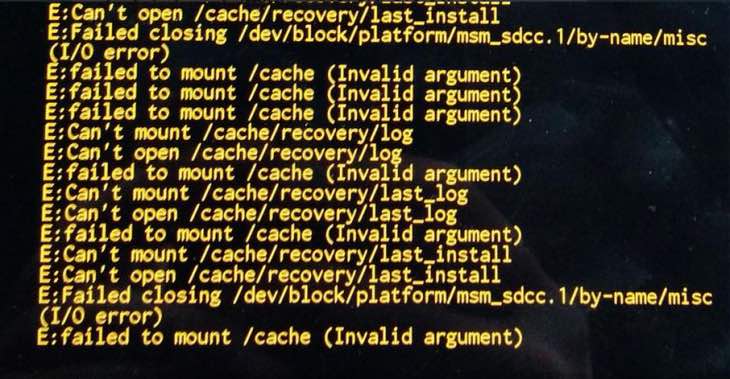 Above is an image of what some users are seeing on the Nexus 7 after booting their tablet, while others are stuck in the Nexus 7 recovery mode with bootloop problems.

You can see the complaints coming in on this Twitter search results page – there’s a similarity with most of them, with users saying that the Android 5.0.2 Lollipop update caused it.

So far, we haven’t heard an official statement from Google or ASUS on the matter. Let us know if you are having any issues and if you have managed to find a fix for a Nexus 7 brick.