You would have thought the world would have got over Flappy Bird by now, but we guess a good thing can never be put down. You might be wonder why we would bring this up after all this time, and the answer to that will become obvious once you watch the video below. You first get to see what looks like a normal video of Android 5.0 Lollipop, but after watching you will notice a cool Easter Egg.

With each new version of Android there are always some treats hidden within, you just have to do some digging to find them, which is what one YouTube user has done. The latest Easter egg can be found in Android 5.0 Lollipop and is just another of those Flappy Bird alternatives. 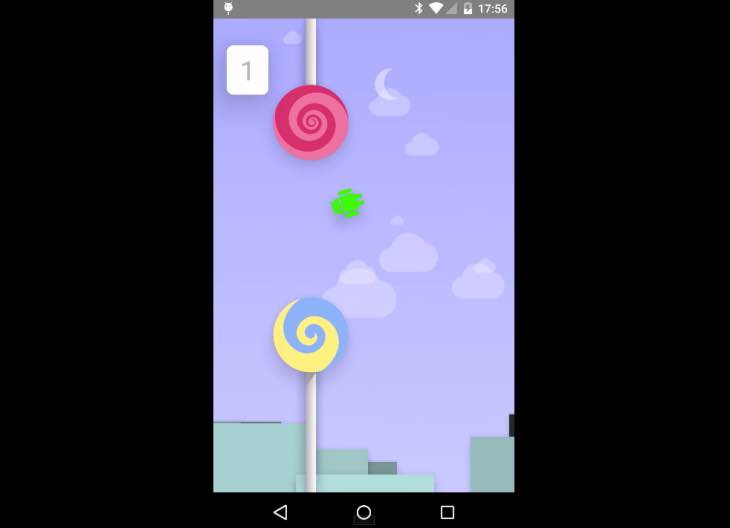 Finding the Android 5.0 Lollipop Easter egg – The video below explains the process in order to access the 8-bit game that sees a flying Android figure having to avoid lollipop obstacles. This is available in the developer preview, and so we are uncertain if it will remain in the public release version, which is due out next month.

However, we have no reason to believe it will be omitted, so at least it is something to look forward to, unless you got bored with Flappy Bird many months ago? Mind you, seeing as though you are going left instead of right, which is the complete opposite of Flappy Bird, it could throw a few surprises.