Earlier on this week we told you that the Android 4.4.2 update was rolling out for some Android devices. The Nexus 7 2013 and 2012 models were two of these devices and for those that want to see how the update looks after installation, allow us to give you a useful heads-up.

Unfortunately though, it appears that the big talking point is not about new features of Android 4.4.2, it’s about the problems that they have been causing users. Read through our Android 4.4.2 problem thread here and you’ll see that consumers have been complaining about all sorts of issues.

The biggest of these problems involve touch screen issues and battery life drain since updating to Android 4.4.2. Consumers have been growing tired of the issues that come with each new Android update, so let’s hope that Google are paying attention.

As for those that are looking for new features, we’ve included a video below which gives you a 2 minute lowdown on Android 4.4.2 for the Nexus 7. One new feature involves the camera application when browsing pictures, while you may also notice a general speed improvement too when multitasking with various apps. 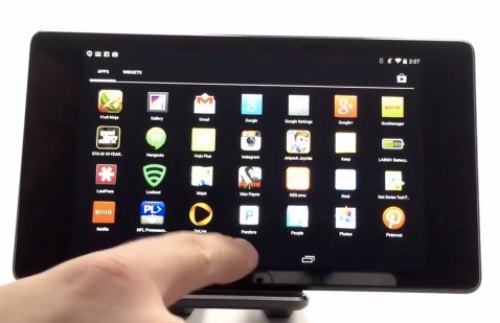 Are you in a position though where the problems are outweighing the positive aspects of Android 4.4.2? If you have already installed the update, let us know your situation at the moment.

Is Google starting to become complacent in your eyes or not?