There is a possibility that Android 3.1 could affect the Galaxy Tab 10.1 release date, but not by much. We had assumed that the tablet would be shipping on June 8th, but the news that the latest version of Honeycomb will be installed might delay that by a few days.

This is certainly great news; maybe Samsung did this to take consumers eye of the ball when it comes to the whole Apple court case saga? This latest Android update is expected to offer a few more enhancements, making it faster and stronger than the previous version. It does seem that they are going all out to make this even better than the iPad 2 — a tall order don’t you think?

Some consumers have been holding out when it comes to pre-ordering the Galaxy Tab 10.1, as they had a feeling that Android 3.1 Honeycomb would be along, and did not want the hassle of updating themselves. This latest news from Samsung will do two things, improve the tablet device, as well as increase sales once released. 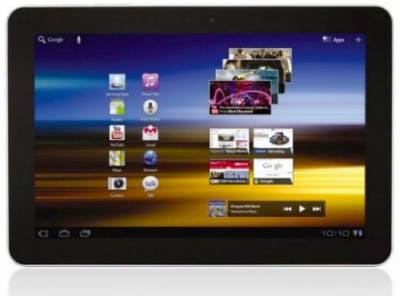 Some of the new features will include bug fixes, improved graphics, performance and new USB support. For those of you in Germany who have been waiting to get their hands on the Galaxy Tab 10.1, you can now purchase a few accessories now and be ready for when you take possession of the latest Samsung tablet.

Were you holding out for the Samsung Galaxy Tab 10.1 to get Android 3.1?