Are you planning to pick up the Motorola Xoom tablet on Verizon on launch? If so, you’ll definitely be wanting to check out these preview screenshots of Android 3.0 Honeycomb, as taken from the recently released emulator preview.

As reported from Engadget, Google has released the Honeycomb 3.0 SDK to the public for the first time, allowing users to download an emulator to their computers to get an up close and personal look at how Honeycomb works and how it differs to Android 2.2 Froyo.

The Xoom tablet is rumored to be releasing on Verizon in a few weeks time, and it will be the first device to make use of Android 3.0 Honeycomb. If you would like to download it for yourself and give it a try, you can do so over at the Android developers website here.

For those of you who are just interested in seeing the visual comparisons from Froyo, you’ll find a collection of screenshots and a video over at Engadget. 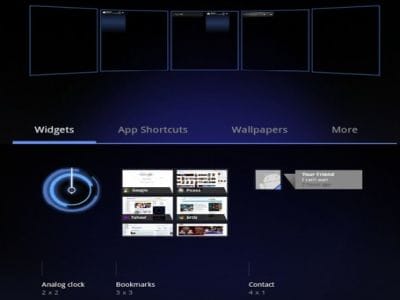 You may feel that Honeycomb is arriving a little early considering the fact that some manufacturers are struggling to update products with Android 2.2 Froyo, let alone Gingerbread, but Honeycomb is seen as more of a tablet specific OS, which is why the Xoom is so highly sought after and we’re sure the LG G-Slate will fall in the same category too.

Are you impressed with Honeycomb so far or not?