While you may be sitting back and enjoying the festive period, there are still a lot of juicy tech news which is pouring out online and we couldn’t resist telling you about this latest one, related to Google’s next version of Android.

All the talk now is about OS 2.3 Gingerbread, and which devices will be receiving it, but now we have some potentially exciting details about Google’s ‘Tablet-specific’ Android OS called Honeycomb – destined to either be version 3.0 or 2.4.

According to a recent report by Digitimes, Honeycomb will be released during March, which will be the first time that a release period has been pinpointed. Of course, the date isn’t official but it’s always worth informing you when a new DigiTimes rumor gets out.

Digitimes were reporting on a few upcoming tablet devices by MSI, one of which will be equipped with Honeycomb, a Tegra 2 processor and is apparently due for release in April or May after Google brings out Honeycomb.

Either way, you don’t have to wait long for an announcement, as we’re guessing that this will come at CES 2011 in January, when Motorola will be announcing their new 4G LTE tablet on Verizon, also expected to be running Honeycomb. 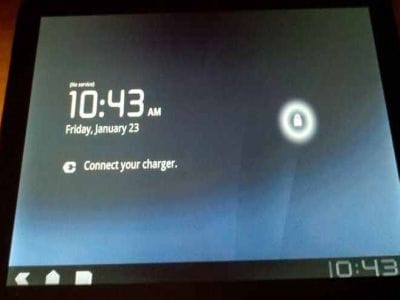 What are your thoughts on the rumors? Do you think Honeycomb will come as soon as March?