We already knew that Android 3.0 Honeycomb was coming, and that it was being developed for use with tablet PCs only. Google finally made the SDK available for download for the new mobile OS, so developers will now know what they have to work with — but what will they make of it?

We can already see that the new “holographic” user interface will be a popular feature for not only developers but also tablet users as well. If you pay a visit to ReadWrite Web, they have taken a closer look at the new SDK, and gives you details on all those features we can expect to see.

For those who like to design, then you will be interested with Renderscript, which is a new 3D framework. This new features allows you to build scenes in 3D — not for your average Android user then? Features like this show how far Google are willing to go to make their tablet OS better than the competition. More details on this can be found on ZDNet. 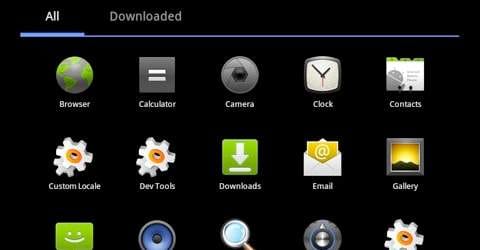 Most upcoming Android tablets will run HoneyComb, such as the Motorola Xoom. However, we were a little concerned when Information Week learned that the HTC Slate would run on 2.3 Gingerbread, but improvements to the mobile OS will be made over the stock version.

We already know that the list of new tablets to be powered by Google Android 3.0 Honeycomb keeps growing, and with features like iPad like multitasking we can see why. One thing is certain, the new Google OS designed for tablets will be special, but how will it compare to the likes of iOS and PlayBook OS?