With 2010 out of the way we are now in 2011, which is said to be the true year of the tablet PC — not like last year was meant to be then. The Apple iPad is now a year old and losing a percentage of its market share is seen as the first sign of trouble, which is something to do with the Samsung Galaxy Tab. However, things are set to get much worse with the introduction of a number of Google Android 3.0 Honeycomb tablets.

We have already mentioned that offering a mobile OS for tablet use only is new territory for Google, with eWeek suggesting that this is their best shot at Apple. Later today there is to be a special press event, where we will get to see more of Android 3.0; we just hope that this has not been all hype and that the operating system can live up to the expectations.

eWeek has been looking at the ten reasons why this is the most important version of Android yet, which they say could have a huge impact on the success of the Apple iPad 2. They believe that Google has taken some risk with the development, and hopes that it will pay off for them. 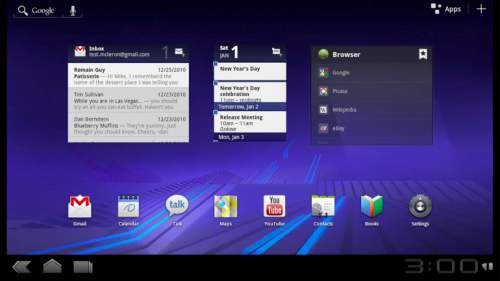 One of the most important factors is having tablet vendors on their side, as they have been holding off launching them until a version of Android was made available to them that was designed just for tablets, that’s right smartphones will not be getting Android 3.0 — not in its current form anyway.

Speaking of that press event, InformationWeek has reported that Apple has been trying to take some of the shine away from the event, as they have started to leak little bits of information about the 2011 version of their iPad. Do you think that Apple is playing fair?