We have some good news for those of you who still own a Nexus One handset, as it looks like a successful port of the Android 3.0 Honeycomb software has now been achieved on the veteran smartphone.

As reported from RedmondPie, you should be aware that this is the SDK version of Honeycomb that we’re talking about, but it’s still the Honeycomb that we have seen a lot lately on tablet devices such as the Motorola Xoom and the Samsung Galaxy Tab 10.1.

It’s pretty remarkable that a handset as old as the Nexus One can still run a smooth version of Google’s latest Android software – if this trend keeps up, there isn’t really a need for Nexus One owners to upgrade hardware we feel. 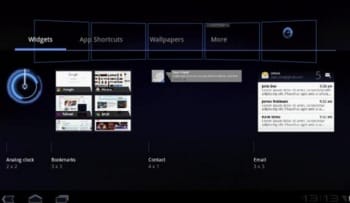 For those of you who have already tried out this port of Honeycomb on the Nexus One, what are your thoughts on this? Do you prefer this tablet-based OS, or are you going to head back to Gingerbread?

We’ve added a video below too, so you can see actual footage of Honeycomb running on the Nexus One.