We have some interesting details to bring you now, as it has been rumored that Google’s Android 3.0 Gingerbread update is already available on some Nexus One handsets. We have a picture to show you now, perhaps it could be fake.

As reported from Phandroid, a screenshot has been released, allegedly showing the settings page on the Nexus One device. However, as you can see in the image, we can’t tell if this is actually a Nexus One handset, so it could have been the result of a photoshop artist.

Either way, the settings page shows the firmware number at 3.0, which is Google’s next big update to Android. Details are pretty scarse on Gingerbread at the moment – could this possibly be a test model or not?

Check out the image below and let us know what you think of it. 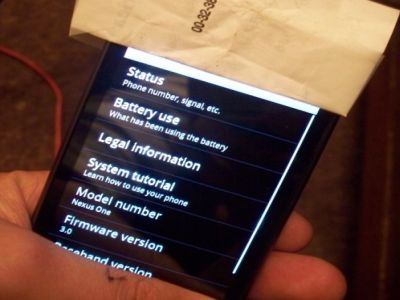