The news that the Sony Ericsson Xperia Arc would run on Android 2.4 was proof enough that version 2.3 was a bit of a disappointment, as it seems to have missed some of the biggest handsets on the market. We did not have any release date details last month, but we can now tell you that the Gingerbread update will be with us in April. Not only that, we are also told that Google’s latest OS for smartphones will offer 3.0 Honeycomb app support.

According to Pocket-lint, the Viewsonic ViewPad 4 will come with Google Android 2.4 and will be launched in April, and will not be assigned Ice Cream, as it will just be a minor update as the current version of Android will not allow single-core processors to run apps designed for Honeycomb, only dual-core processors can at this stage.

Pocket-lint seems to think that this is a cover-up by Google, as they know that there are not many devices running 2.3. Wonder if this minor update will be pushed to more devices now — especially once Honeycomb apps takes off? 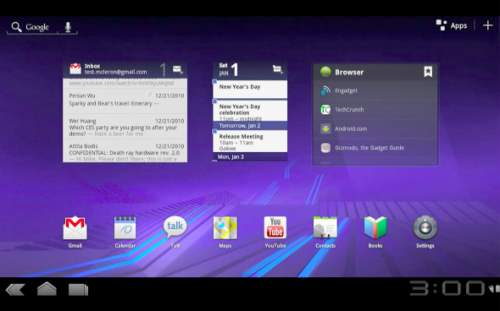 This latest news goes against all that we thought we knew; Tech2 as well as many of you assumed that 2.4 was going to be called Ice cream, but we now accept that this will be saved for Android 3.1. It was also thought that we would have to wait a while for 2.4; but two months is not that far off.

Do you think that Google made a mistake with Android 2.3 Gingerbread?