We have some exciting news for those of you patiently waiting for the first update to Android 2.3 Gingerbread, as Google has just given off the clearest hint yet that a release is just around the corner.

As reported from Afterdawn, Google delivered a recent Twitter message to their fans which was obviously a huge reference to the impending announcement and unveiling of their follow-up software to Android 2.2 Froyo, which is still rolling out to smartphones as we speak.

Here is the Twitter message in full: ”Our cafes are baking up something sweet”. They then included a picture with the message, which shows a selection of Android-themed Gingerbread cookies. 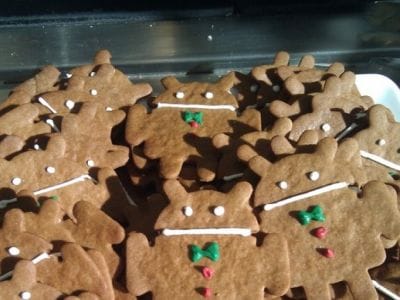 This puts further weight behind the rumors that Gingerbread will be unveiled sometime next week, along with the official outing of the Samsung Nexus S smartphone. Let us know your thoughts on picture, are you desperate for some Gingerbread action on your handset?