Even though it’s over a year old the Samsung Galaxy S remains a very good smartphone, and the device has sold a massive amount of units since its launch. Now it looks to be getting better, as the Android 2.3 Gingerbread update should be hitting it soon.

Desire Athow from ITProPortal is reporting in an article that a Twitter feed from Three in the UK, has a post that the Galaxy S will be receiving the update within the next couple of weeks. It went on to say that they couldn’t confirm an exact date for the update to begin.

Owners of the HTC Desire range will be hoping to get some of the same news soon, as it was reported before that the Gingerbread OS should be finding its way to the handsets in April. The new operating software is thought to bring improved battery life which will be good news, especially HD Desire owners. 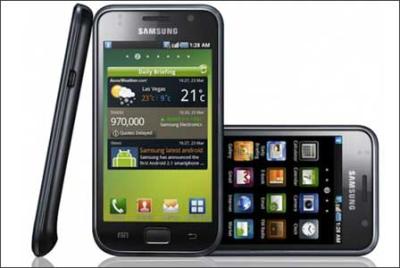 On the Galaxy S Android 2.3 is thought to speed up the web browser, and the actual use of the handset. It is not known if the update will happen on all carriers at the same time, but there shouldn’t be a too much of difference between them.

Are you looking forward to the Gingerbread update?