In a further hint that Google’s Gingerbread software is due for release on Android devices soon, an official video via Google Hong Kong has given users an unexpected video preview of the upcoming software.

As reported from Engadget, the Hong Kong division of Google has put out a video, explaining the benefits of using Google’s voice search feature on Android devices, such as finding some of the best restaurants in a specific location.

However, the device on which Google voice search is tested on appears to be running Android 2.3 Gingerbread, which is evident by the new black status tray at the top with different icons to Froyo, and also a different launcher bar which is located at the bottom of the homepage.

It is also worth pointing out that Engadget think that the handset used in the video is a Nexus One, so those of you who still have one should be getting excited right about now. 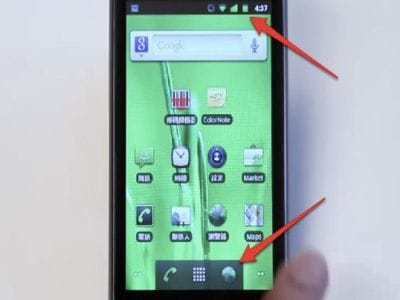 Check out the video for yourself below and let us know your thoughts on it. Are you looking forward to Gingerbread?