Now that Android 2.3 Gingerbread has finally had an official announcement and will be heading to the Samsung Nexus S first, the focus is now switching to other handsets, as the big question is: ”Will my phone receive an update to Gingerbread?”

If you have a fairly new handset, there is a good chance that you will get Gingerbread at some point down the line, but those of you who have a slightly outdated handset, should expect disappointment as we all know how long it has taken for Froyo to rollout to every handset.

The good news, is that HTC has already given a confirmation that a select number of their handsets will be receiving an update to Gingerbread, although they obviously haven’t named which ones yet. If you own a HTC handset such as a Droid Incredible or an HTC EVO, we are willing to bet good money that you’ll get a Gingerbread update at some point next year, especially considering that these are two of HTC’s most popular handsets on the market.

The recently released T-Mobile G2 and Desire HD should also get Gingerbread updates, as should the Desire Z which is also one of HTC’s newest handsets. 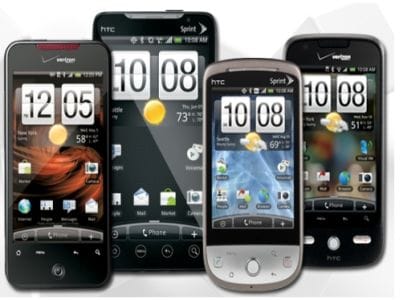 Which HTC Android handset do you own? Once we get some feedback, we’ll update this with relevant Gingerbread information, so you know where you stand with regards to a future update or not.