A few days ago we brought you details on Platinum Games’ new online multiplayer combat title Max Anarchy, which as we mentioned will be available for the PlayStation 3 and Xbox 360. We now have even more details to bring you, including news on a couple of character reveal trailers and another title.

According to a recent article by Anoop Gantayat over at andriasang.com (via Famitsu.com), both Sega and Platinum Games have promised gamers 4 consecutive days of character reveal trailers for the upcoming Anarchy Reigns game (aka Max Anarchy), which appears to have started with Sasha, the Ice Queen.

As you can see by the first video embedded below this post, Sasha makes use of a weapon called “Snow Spikes,” which can instantly generate sharp ice crystals. According to the computerandvideogames.com website, Sega followed this up by releasing screenshots and another character trailer. 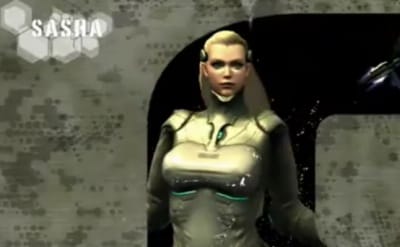 The second trailer reveals a character called Zero, who appears to wield two weapons called Juzumaru and Onimaru — two authentic Japanese katana that are said to be part of the “Tenka Goken” blades of myth. The game is due to arrive sometime in the autumn.

What do you think of the game from what you’ve read and seen?