We have some rather interesting news now for those of you that use the AmpliTube application on their iOS devices, as we’ve just discovered the IK Multimedia’s popular app has now been updated to version 2.2. One of the notable changes is the addition of vocal effects support.

As Dusan over at intomobile.com recently noted, the updated AmpliTube app will enable existing users to buy (via in-app purchases) 5 vocal effects from the VocalLive app. The new vocals include Choir (a three-part harmonizer), De-Esser and Morph (a pitch and formant shifter).

The other two vocal effects are Double (a voice doubler) and Pitch Fix (an automatic tuner for correction or production effects). The update also adds the vocal canceller (NO VOICE) feature to the Speed Trainer interface, enabling users to remove the vocal from an existing track, as well as remove the guitar solo. 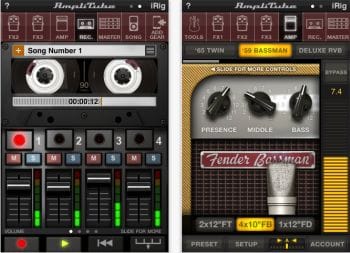 AmpliTube version 2.2 also includes an enhanced preset system for managing all of your sounds. Presets have now been organized into a folder-panel system, making finding, storing and recalling your library of sounds a lot easier. You can read more about the AmpliTube application via itunes.apple.com.

Have you got the AmpliTube app downloaded on your iPhone, iPod Touch or iPad? If so, will you be buying any vocal effects?