As we told you in our initial report, Amazon Prime Day sales will begin at midnight on July 15. Now we can see that Microsoft’s Larry Hryb aka Major Nelson is also pumped up for the event.

Something tells us that there’s going to be some hot Xbox One deals on offer and remember – it is one day only with Amazon teasing that the deals are going to be better than Black Friday. 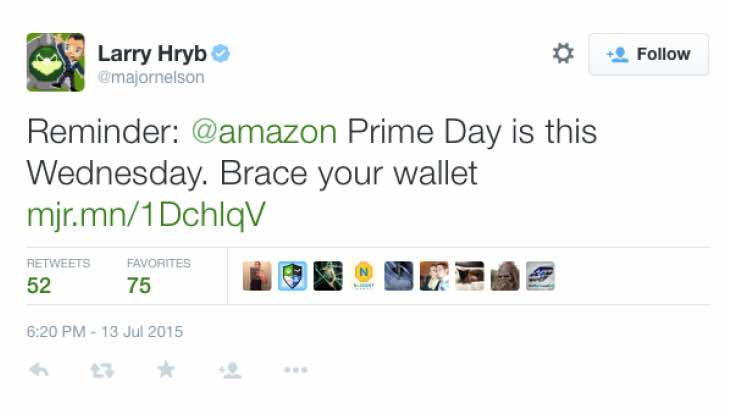 Because of that, there’s a massive buzz in the air and it has even prompted Walmart to go on the counter-attack with a new sales event of their own.

Walmart has also made a point to say publicly that ‘customers shouldn’t have to fee to get a better price’. Either way, consumers are already sold on Amazon Prime Day and it looks like it is going to be the best way to get that deal on PS4, Xbox One and PC products.

Are you hoping to find the best Amazon Prime Day deals in just over 24 hours time? Let us know what you personally want to see show up once Prime Day sales go live.