As we expected, most of you have stayed up late to catch the opening of the Amazon Prime Day deals. Unfortunately though, one of the biggest attractions was the $115 40-inch 1080p TV for Amazon Prime Day but it looks like it is missing at the moment and isn’t available to buy.

We can already see that some of you are going crazy on social media, wondering where the $115 40-inch TV is on Amazon’s Prime Day deals website as everyone is saying that they cannot find it.

We certainly can’t see it, so we can only assume that Amazon will be adding it later on in the day when consumers are fully connected during peak hours to maximize sales potential. 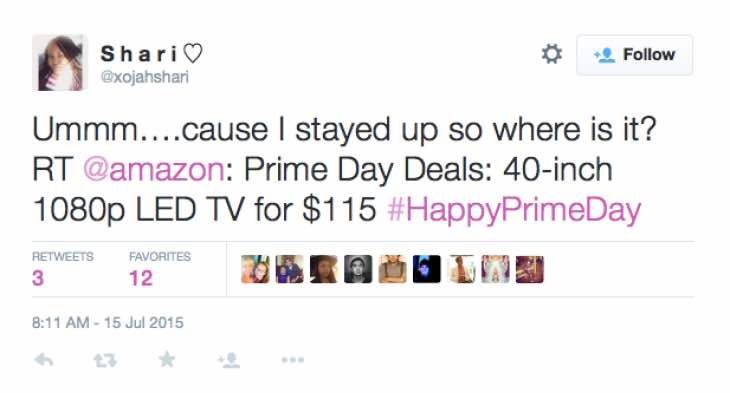 While we would understand this, the frustrating aspect of course is that there was no advance warning of this, meaning that some consumers would have stayed up for nothing.

We know that many of you only wanted that TV above all other Amazon Prime Day deals, so it is disappointing that the TV is missing from the website right now.

Can you find the $115 40-inch TV on Amazon’s website? If not, are you angry that Amazon didn’t give shoppers a heads-up? We will update you as soon as the listing is live.