Last week we announced the news that the Amazon Kindle eBook service had made its way onto Microsoft’s Windows Phone 7 operating system, and now we have more exciting news to bring you. Amazon has just announced that the Kindle app is now available to download on the Mac App Store.

Although the Kindle application is probably more at home on portable devices, it does appear to be popular on other devices too. In fact, according to Marc Chacksfield over at techradar.com, Amazon Kindle has already become the fifth most popular app on the app store.

The Apple Mac version of the Kindle app offers everything you would expect from the popular eBook service, including over 775,000 titles to choose from. As noted over on the itunes.apple.com website, the list includes new releases and 107 of the 111 New York Times Best Sellers. 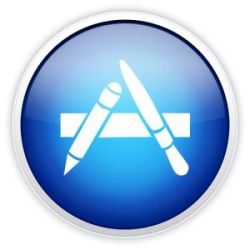 Over 610,000 of the books available are priced at $9.99 or less, with 79 of those being from the New York Times Best Sellers list. Users can even choose from thousands of free classics such as Pride and Prejudice or maybe The Adventures of Sherlock Holmes.

Another great thing about the app is the fact that you can try many books before you buy them, with free book samples that allow you to read the first chapter. The Amazon Kindle app for Mac does require Mac OS X 10.5 or later. Do you think you’ll be downloading this app?