Recently we have been doing comparisons between various Kindle models and other eReaders; we also reported the news on an issue found with one of the leather cases. The cases are causing the machine to freeze and turn its self off.

Despite the case problems and any others they may have encountered since their release, Amazon Kindle will have made a lot of money this year. The profits were much higher than Kindle foresaw, in fact they were around 60% higher.

To give you an idea of just how popular these devices are, Apple sold 7.6 million of their iPads this year between the months of April and September and Amazon Kindle has sold 8 million units this year. We can let you know that this isn’t an official figure. Amazon don’t normally inform anyone of their figures. 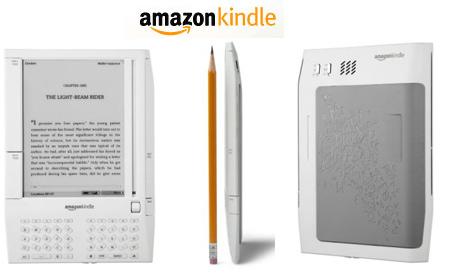 This puts them in a superb position, especially with the Amazon App store; this adds personal value to your device, which ever you have. Currently there are 3 models being retailed by Amazon Kindle, these are the WiFi/3G model at $189, the WiFi only model for $139 and finally the larger screened model for $379.

You can read more about the figures recorded for the Amazon Kindle over at PCWorld by clicking here.

Are you surprised by these figures for the Kindle eReader? Let us know your thoughts in the comments below.