In the UK it seemed like everyone would only have Sky TV a few years ago, although today everything is very different thanks to little boxes offering a world of entertainment through broadband connections. Most living rooms have big screen TVs, but if you decide to opt for a set-top box what one should you choose? Today, we want to take a closer look at Amazon Fire TV vs. Apple TV, Chromecast and Roku 3 to see what’s the best streaming media player for living rooms.

Amazon claims Fire TV has much better performance than Apple TV, and to be honest this isn’t hard to do considering the Apple TV hardware is due for a major upgrade soon. Inside Fire TV you will find 8GB of storage, 2GB of RAM, and a quad core Qualcomm Krait 300 1.7GHz CPU within a 0.7-inch thin box. 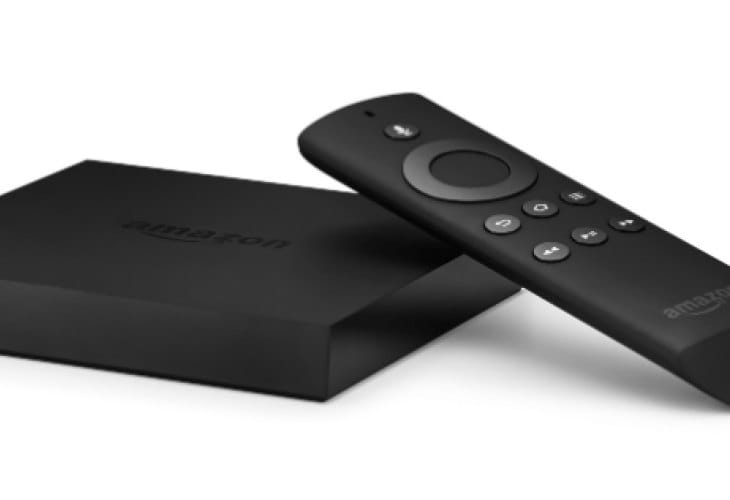 The difference between Apple TV and Amazon Fire TV content will be a personal choice. Apple TV is backed by the massive content found on iTunes, which includes thousands of movies and TV shows, while Fire TV gains support from Amazon Instant Video. The main difference is the fact you have to pay for each TV Show separately on Apple TV, although Fire TV allows users to sign up to a Amazon Prime subscription for just $99 a year and delivers all shows for free.

Games will be the biggest difference between Fire TV and Apple TV. The latter device has thousands of users and they’ve been asking for native gaming year-on-year, although it hasn’t happened yet but Amazon launched Fire TV recently with playable games. You’ll find Asphalt 8, The Game of Life, Minecraft-Pocket Edition, and many other games under development for Fire TV with its own game controller.

You can still game on Apple TV, but to do this via Airplay you’ll need another iOS device. There’s millions of iOS games, but native gaming will always beat any Airplay issues that can come through streaming and lag.

Bottom-line with Amazon Fire TV vs. Apple TV: The latter device needs a major upgrade and if that comes at the October 2014 Apple event, then we could be looking at something truly special especially if a 4th generation Apple TV brings native gaming along with an enhanced remote.

Those of you wanting to see how Apple TV compares to the likes of Amazon’s Fire TV, Chromecast, and Roku 3 should watch the comparison video below. This video is a couple of months old, so please remember that some of the software features would have received minor upgrades by now.

Take a look at the hands-on video below and then let us know if you’d rather own an Amazon Fire TV, Apple TV, Roku 3, or Chromecast for on-demand content?