At an Amazon live video event today, the popular shopping brand revealed the Amazon Fire TV set top box along with its specs and price. Product Reviews readers have been expecting this news for weeks, and now the finer details have arrived.

This hardware will directly target Apple TV, even though they are different services, and we could even see some people opt for the Amazon Fire TV set top box if the new device delivers a lot more bang for the buck.

You shouldn’t confuse this device with Chromecast, instead Amazon’s Fire TV will deliver a powerful platform that’s far from a basic setup and will integrate with Amazon’s network. So, let’s take a look at what the hardware has to offer and some of the details revealed moments ago. 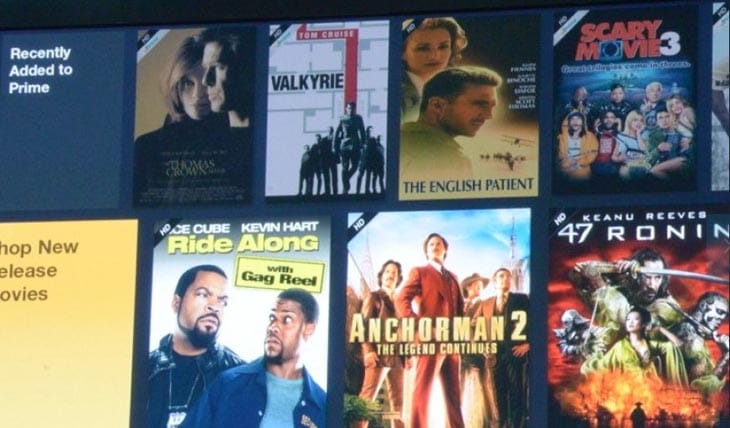 Amazon’s Fire TV set top box specs – what we know so far is that the device will feature 2GB of RAM, a quad-core CPU, and the form factor is very slim. This hardware seems to have a plan to deal with some heavy tasks, not what you’d expect from a basic streaming device.

When you browse the User Interface, it allows you to see the Amazon video store with a long list of movie posters like you’d see with an Apple TV, although these are offered within a 3D bar. The UI seems to be really snappy, but without getting hands-on it’s hard to tell if this was planned for the demo and not like it would be in a real world test.

The other good news comes with how open this system will be, and you can expect the Amazon Fire TV set top box to offer Prime and Hulu at launch with more partners arriving after the release date. These will include Plex, Netflix, and a number of other big names in video streaming.

Controlling the Fire TV set top box can be done by remote and voice control. You can see the remote control in the screenshot below that Amazon revealed moments ago during their presentation. We will also offer a video below this article within the next few minutes. 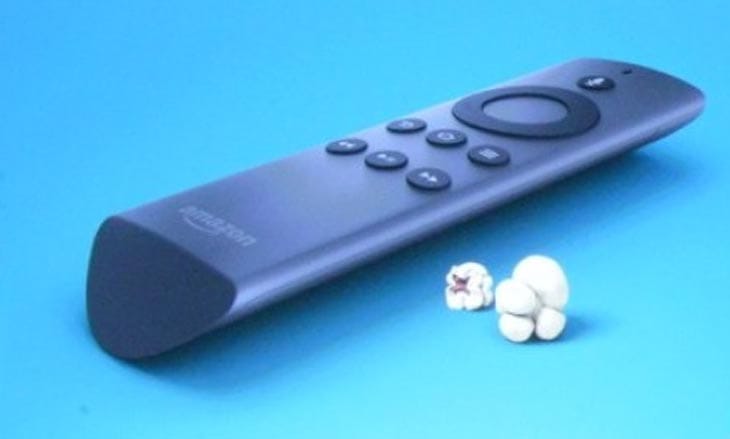 If you have an Amazon Cloud Drive, then you can stream photos directly to your TV through Amazon’s new hardware and take a look at your photo collection with a slideshow or during a scrolling screensaver.

It’s also worth pointing out that FireTV supports X-Ray, so when listening to music you’d be able to see the lyrics to that very song.

The killer feature, gaming – this is where Amazon’s Fire TV can take on Apple’s TV set top box, and we are hearing that gaming will be coming to the Amazon offering. This is something casual gamers wanted on the Apple TV for some time and hope the next generation finally brings. While you can stream games from iPad and iPhone to Apple TV, there’s a need for dedicated gaming apps on Apple TV and this hasn’t happened to date.

Gamers will love the fact that Ubisoft, 2K, and Double Fine have already signed up to bring games to Amazon’s Fire TV. The biggest game mentioned for Fire TV is Minecraft. Playing games will be aided by the remote, Amazon app for tablet or phone, and even a new game controller. We can now see why the hardware was much more than is needed for streaming, and in a word it’s for gaming.

The price and release date – Amazon’s Fire TV will cost $99 and you can has been given an immediate release, so you can pick one up right now. You can see a video below of the voice search in action, and we will publish a first look and full review video soon. 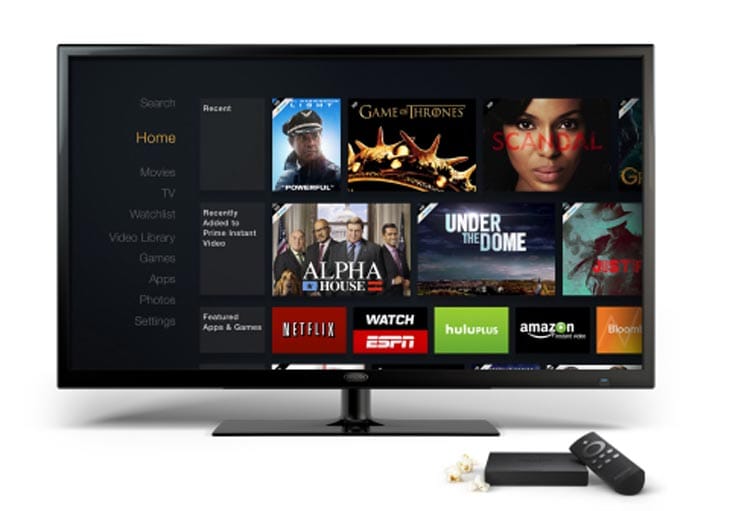 You can read about the full specs and features of Fire TV within a press release just revealed by Amazon.