We know that Coutinho had previously been given an in-form card for FIFA 15 FUT, but now we can see that EA has been forced to give the Liverpool FC star a second in-form card due to recent performances.

Ever since he signed a new contract with the club, the little magician has been in amazing form and now EA are translating this into FIFA 15 for FUT players.

He recently also received a MOTM 82 card, but now you can get your hands on an even better 83 Coutinho TOTW card in a pack for FUT if you are lucky enough. 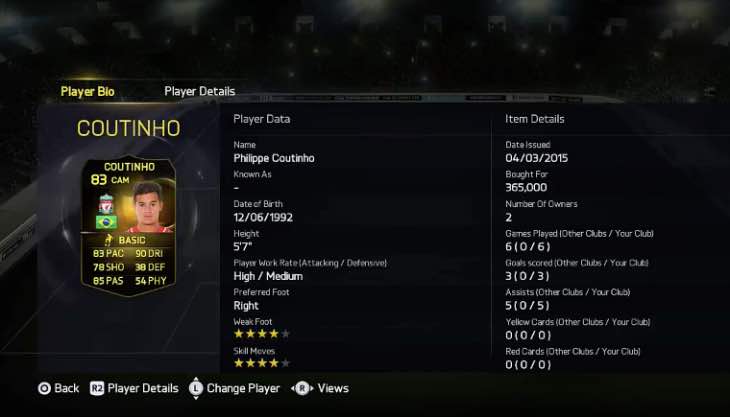 This card features some great improvements, the most important of which is a 90 stat for dribbling. He’s also had his shooting upgraded to a 78 which is actually a +10 increase to his default card in the same which has 68 for shooting only.

His main weakness is still strength with a very low 52 strength rating. This is highlighted in the Coutinho SIF TOTW review that we have picked out for you below, courtesy of YouTuber ScoutingforFifa.

Check out the clip and let us know what you think of the brand new Coutinho. Despite his great form, there’s still many who believe that Oscar is better – what do you say to that?