Do you get frustrated with constant trailing wires between devices? Well, it looks like Aluratek are cutting it out of their speaker system, the Bump Boombox.

Aluratek aren’t necessarily well known for their sound systems but the concept of not having messy wires between the speakers is brilliant. There are a couple of different speakers within the range. We are going to have a look at the most cost effective first.

The Bump APS01F is compatible with most mobile phones, MP3 players and audio devices, the audio out is at 2.5W and it has an expandable Bass Chamber. This is only $19.99. Take a look at it here. 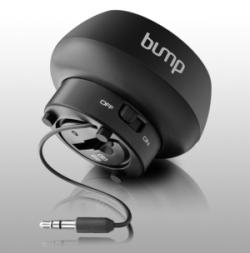 The next speaker is the AMS01F, you can get audio output by using SD / SDHC card, and it has an audio out: 3W + 3W output. It supports MP3, WAV and WMA music files; it’s compatible with most MP3 players. It also has a built-in-FM tuner. To use it with a PC, anything above Windows 2000 or if you are using a Mac, then OS 9.x or later. It retails for $49.99. You can read a little more about it here. 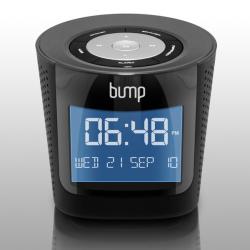 Another wireless speaker that BUMP has is the AUWS01F, this model is priced at $79.99. Again, this is compatible with most MP3 players and ensures high performance sound up to 60 feet from its USB transmitter. You can read more about it here. 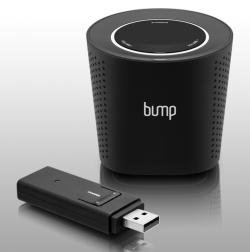 The last one to report on is the AWS01F, this is a two part package, and you get the Boombox, which you can use with most MP3 players. You can also play music straight from the SD card and it has a built in FM tuner.

As for the Wireless Speaker, you can attach up to 6 speakers to the Boombox, these can be within 60 feet of the transmitter and have their own independent volume controls. You can read about the set by clicking here. 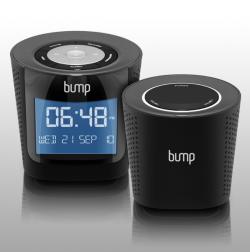 If you want another opinion on them then why not head over to Slashgear. If you want to learn more about the speakers then head over to their official site by clicking here. Alternatively you can keep up with them on Facebook.

What do you think about the set? Let us know your thoughts in the comments below.