It has been a while since the dust settled on that massive Xbox 720 leak, and while you all still contemplate on whether the information was real or not, some new juicy details have just turned up in the way of alleged Xbox 720 development kit pictures.

If you have been keeping up with the Xbox 720 leak saga, you’ll know that the term Durango has been waved around numerous times, sometimes referred to as just a codename, while other reports even put the name down as the final product name for the next Xbox.

Well, the Durango has surfaced once again and this time takes a front seat in these new pictures that we have to show you. The image you see above has originated from mysterious user DaE, who uploaded it to the Assembler gaming forums. This screen you see appears to be the main development dashboard for the next Xbox 720 console and you’ll see that there’s also applications for ‘D3D11Game1 and NuiView’.

On first glance, you may just disregard this as another photoshop, but the images have been verified and backed up by the technical sleuths over at Eurogamer’s Digital Foundry division. According to them, the image you see above is legitimate and so is another image showing a suspect looking ‘black box’ below. 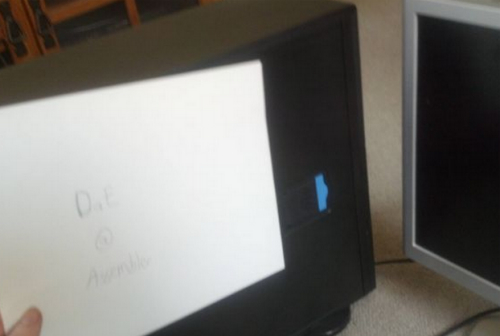 A lot of you will probably say that it resembles a PC base. It remains to be seen though if this is the same black box that reportedly has six times the power of current gen consoles from Sony and Microsoft. This isn’t obviously the final design of the next Xbox, but it could be a great indication.

What are your initial impressions of the pictures – would you be happy with another ‘rectangular’ design for the next Xbox or not?