Prices for all-new MINI’s have been announced by the company as sales commence tomorrow the 15th March including all new variants. Fans of the miniature motors can check out how much the latest models will be going as prices range from around £13,750 going up to £18,650.

Now that the prices have been officially revealed the new MINI One hatch starting price will go from £13,750, while their flagship Cooper S model resides at the other end of the scale at £18,650. This third-generation version will be accessible from tomorrow at car dealers.

Built at the company’s Oxford plant, the third-gen model is said to have been built entirely from the ground up with everything from the performance and efficiency to the space and refinement aspects having all seen big improvements, although the proportions have also been increased.

Details of the new Mini sales are documented on the Auto Express webpage discussing how the aforementioned model is 98mm longer, 7mm taller and 44mm wider than its predecessor, along with additional changes under the hood. 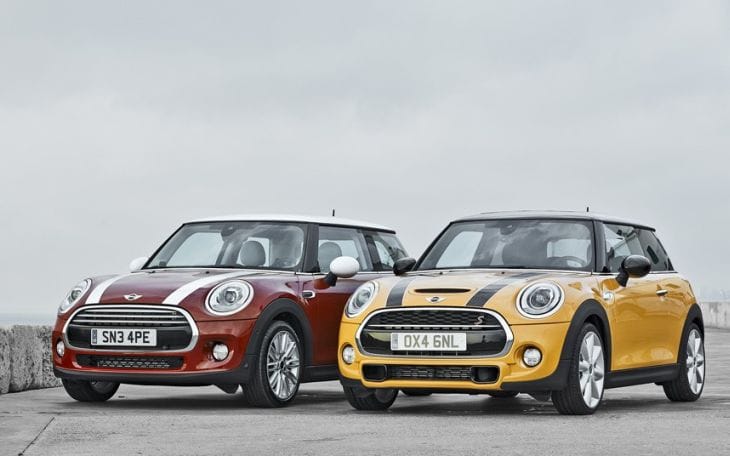 They mention how the three brand new three-cylinder engines are now available and that each will feature turbochargers for the first time. While the entry-level MINI One diesel version is powered by a 95bhp 1.5-litre motor and is expected to retail in the region of £14,890, the 101bhp 1.2-litre three-cylinder engine will be available for £13,750.

The Cooper and Cooper D models will retail for £15,300 and £16,450 respectively, fitted with a 135bhp and 115bhp 1.5-litre engine. For £18,650 the Cooper S uses a 190bhp 2.0-litre four-cylinder engine, and a six-speed manual gearbox is standard on all engines, although a six-speed automatic is accessible upon request.

Have you been looking to upgrade your current Mini? If so, there are a few to choose from with sales commencing tomorrow.