Details for the all-new Kia Cadenza are still very hard to come by, although that is expected to change once it is revealed at the 2015 LA Auto Show later this month. However, Kia has offered a preview and a few minor details.

We know that the all-new Cadenza will be released in 2016 in overseas markets, although no news as to if or when it will get a UK release.

However, the biggest hint yet is of the new-generation Kia Cadenza design and a focus on the quality of its interior. 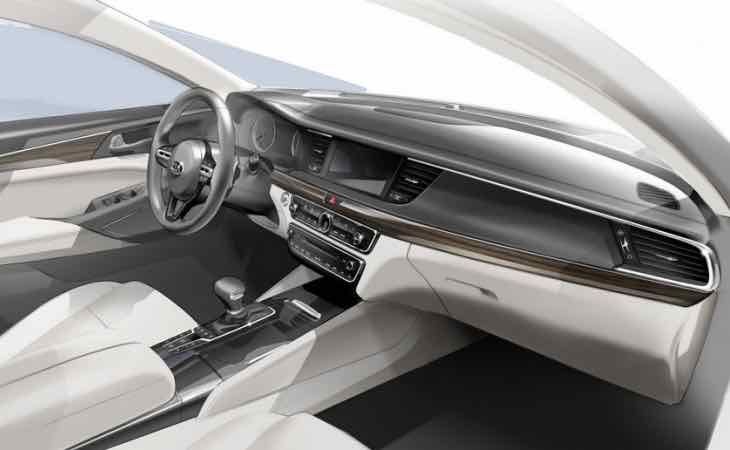 Kia says that the next-generation Cadenza will have a focus on cutting-edge design, which can been seen in the images above and below. The levels of luxury will be higher than we have seen from Kia in the past, in the segment.

The current model already has a popular design, although this new design reinterprets it in a new way, which we hope to see in LA.

However, there is no denying that the area of great interest is the new Kia Cadenza interior, as it will not only be luxurious, but its restyling will make it feel wider and more spacious.