There is no denying the popularity of the Audi R8 with its supercar ambitions, but with a lower ticket price. There has been a great deal of speculation and excitement in regard to the all-new model, but will this second-generation Audi R8 be able to fulfill its potential?

We already have a good idea as to the new Audi R8 upgrades, which includes some controversial technology borrowed from Le Mans. That tech in question is one of the optional extras, laser lights, which were seen on the R8 LMX in 2014.

Some fans of the current R8 have an issue with introducing lights like this on our roads because Audi headlights are already bright, yet they have this obsession with making them even brighter. Drivers on the receiving end of such brightness are already upset, so just imagine what they will say when a new Audi R8 is way in the distant, yet are still blinding them with this latest tech borrowed from Le Mans? 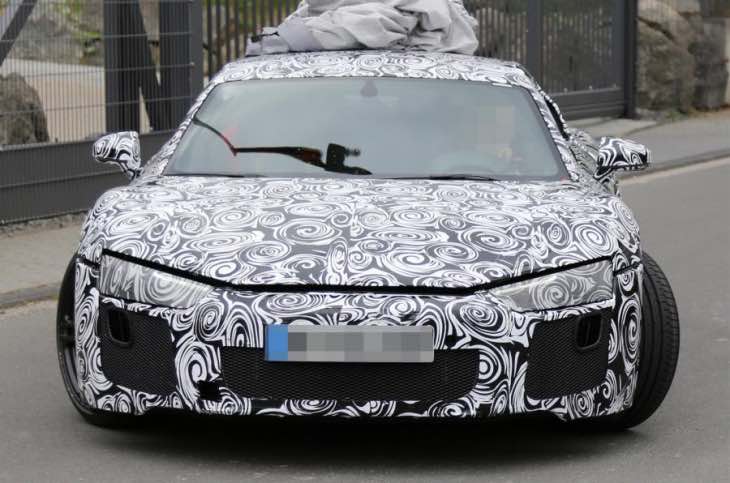 Apart from that minor issue, there is a lot to look forward to, especially the second-generation R8 dash, which will be digital just like on Audi’s new TT. A new image has been teased, which you can see below, but Autocar already knows details on some of its many changes.

There are new air intakes at the front, with a smaller grille, although the rear profile seems to be wider, which is no doubt to help house its all-new sports exhaust system and a larger rear diffuser to aide downforce.

Audi is to also make use of technology taken from the Lamborghini HuracÃ¡n and add it to the new R8, which will be to help improve safety and reduce weight. We are not certain what the new Audi R8 performance figures will be, although we expect something just marginally better than the current model.