We are just hours away from the countdown to Mortal Kombat X going live worldwide. In the meantime, what better preparation for the launch than to get a full heads-up on Mortal Kombat X move lists on PS4 and Xbox One?

We can already show you a comprehensive list that is being compiled right now and is an ongoing work in process. Obviously the game isn’t out fully until Tuesday, but many users received their copy a week early and as a result have gone on to share move lists for most of the characters in the game.

You can now head on over to EventHubs, as the fighting game specialists have already published most of the juicy information. If you are looking for Mortal Kombat X fatality move lists for characters such as Kung Lao and Kenshi – that’s the place to go. 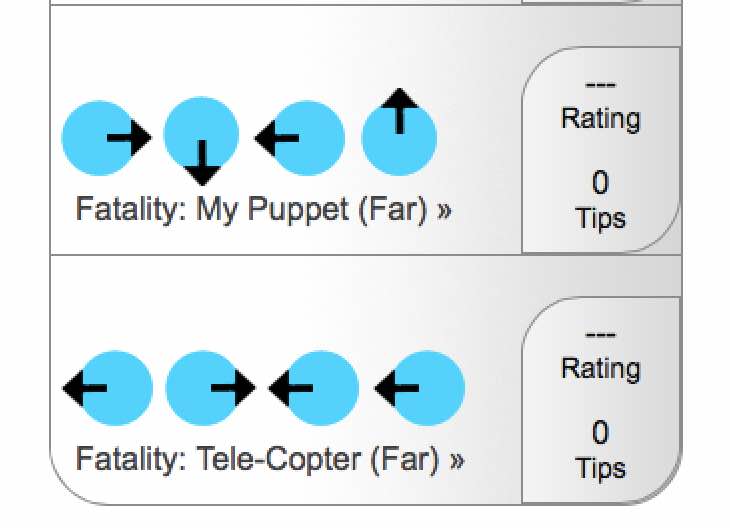 We’ve included a sample image of the Kenshi fatality 1 and 2 buttons in MKX above just to give you idea. However, the full list of special moves for most characters is all there in a great format.

We notice that Goro’s fatality has not been listed yet, but it won’t be long until someone dishes the dirt. As we wait for the game to go live, feast your eyes on the Mortal Kombat X button commands and let us know if you are already playing the game right now.