If you are planning to play as Liverpool FC in PES 2017, we have the perfect preparation for you in the form of a PES 2017 review which specifically looks at all Liverpool player stats in PES 2017.

This is must see material for those that want to see the PES 2017 player ratings for the likes of Coutinho, Sadio Mane, Daniel Sturridge, Firmino and Emre Can.

It’s also the perfect video to take a look at all LFC player faces in PES 2017 as well. Most of them are included, but we are disappointed to report that Sadio Mane’s face in PES 2017 has not been included – it looks like Ragnar Klavan is missing too. 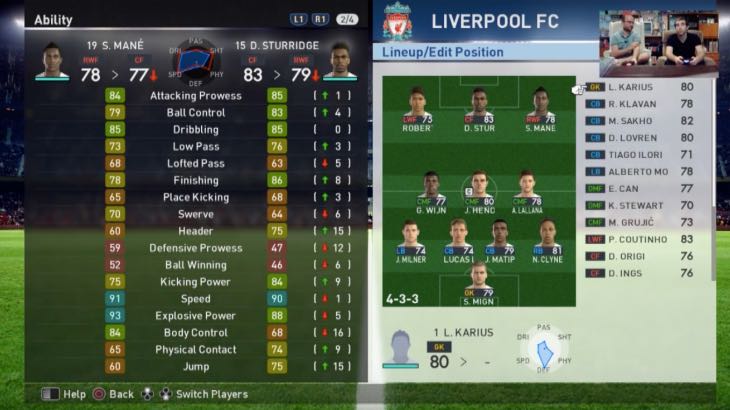 You can see all of the player stats in the video below followed by some gameplay as well. If you were looking for a detailed preview of the game and in particular Liverpool before buying, this is the only video which you need to check out.

Are you looking for a PES 2017 option file to make sure that Sadio Mane has his official face? Let us know your thoughts on the game below if you have already bought a copy.