Kickstarter campaigns can be a bit hit and miss, but from time to time a project comes along that blows our mind in terms of its popularity. Exploding Kittens is a fine example of that because it never took long to discover that what the creators had was something very unique, something that would see it reach its target goal in no time at all.

We know that you will already be saying we know this already, and rightly so, but we just wanted to offer you an update on the situation, especially as some of you might not have known about those Exploding Kittens shipping dates.

There are four versions, all of which have reached their target, yet with 13 days left, the backers keep stumping up the cash. The original target was just $10,000, but there is currently $5,452,518 in the pot. 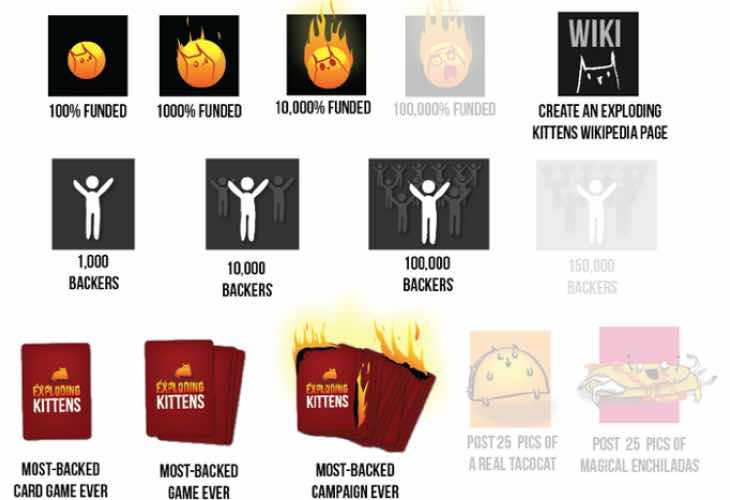 We can see that the Exploding Kittens Deck, NSFW and Collector’s editions are set to be shipped out in July 2015. However, the Deck of Legends will not be sent out until August.

Due to this Kickstarter campaign being so popular those later two editions are now sold out. The guys behind the campaign do not foresee any delays, although they do state if Exploding Kittens becomes too popular, then there could be a few issues and so we will just have to wait and see if there will in fact be any delays.

For those of you that have not heard of this awesome card game before, then we ask that you watch the video we have embedded for your viewing pleasure below.