There is a lot of excitement in the air, with FIFA 19 just around the corner as EA gets ready to introduce the next edition of the series after the new season gets underway starting from August.

Now we take a look at a future transfer, with reports suggesting that Liverpool FC has paid a world record fee for Roma goalkeeper Alisson, who recently starred at the 2018 FIFA World Cup for Brazil.

Alisson currently has an 80 default card on FIFA 18 which is non-rare, but in his breakthrough season he earned himself an 88 card by featuring on the Serie A TOTS team. 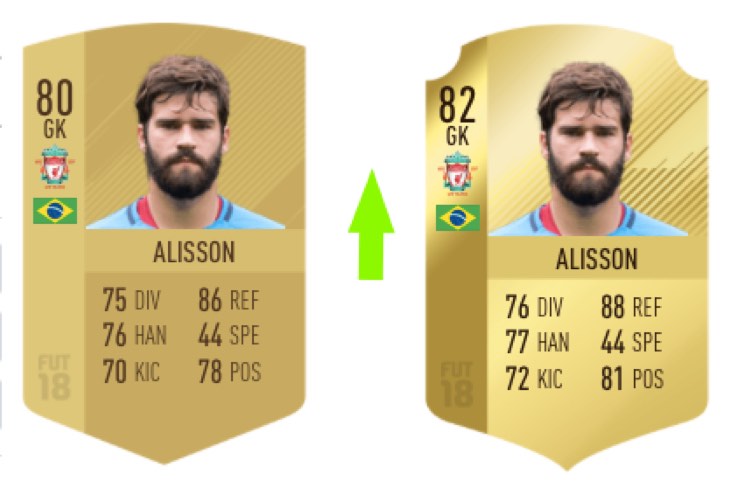 As a result, it is a certainty that EA will give Alisson an upgrade by the time FIFA 19 arrives and we have a feeling that an 82 card would be a fair outcome for the player, as you can see in the concept image above.

What do you think Alisson’s rating on FIFA 19 should be after his good performances last season? If you are a FIFA fan, share your ideas below in our comments section.