The new 300bhp Cloverleaf version of the Alfa Romeo Giulia is looking in good shape for this year’s release and this replacement for 159 is said to provide great handling and performance. The new model intends to rival the likes of the new BMW 3-Series and this will be the first mainstream model launched under Alfa’s revival plan.

Along with the mid-engined 4C and the reborn Spider, which is expected in 2015, the new Alfa Romeo Giulia 2014 is expected to range from around £22,000. With LED lights and clutter-free body panels the Giulia has a shark-like nose and the distinctive Quadrifoglio Verde badge on the flanks, although some were hoping the new Giulia would use a rear-wheel-drive layout, but we understand this will not be apparent and can be expected with the next-generation car. 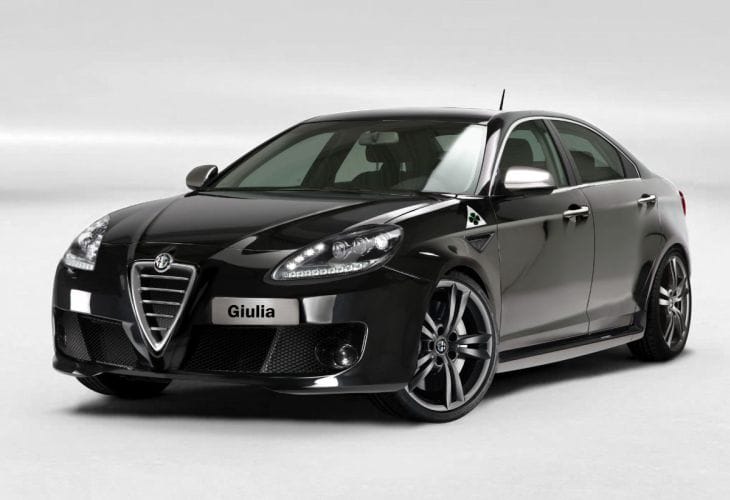 In addition, the Giulia will feature a stretched version including underpinnings that will also grace Alfa’s forthcoming SUVs, while the Giulia will be accessible as a saloon version, then a Sportwagon. This car is also expected to feature as part of Alfa Romeo’s plan to return to their bigger US market and the introduction of the Giulietta and MiTo has also helped sales, which have grown to about 30% to 130,000 units.

With the Giulia added to the mix forecasts suggest this number could rise to 400,000 units per annum. Specifications of the new Alfa are documented on the Auto Express webpage including details of Fiat’s latest MultiAir technology and the 1.4-litre turbo unit from the Giulietta.

As we wait to hear an official 2014 release date for the Giulia, are you impressed by the new Alfa Romeo Giulia?