Back in 2011 we saw the first 4C in concept form and a couple of years later the production version was revealed. At this year’s Geneva Motor Show the new Alfa Romeo 4C Spider concept has been unveiled with confirmation this will be in production by early 2015.

The removable roof is a new feature for the 4C Spider along with some subtle changes that are expected to be introduced across the selection of 4C’s in the future. In an informative article on Motor Authority they show a video and the latest images of the new concept design at the 2014 Geneva Motor Show.

They point out the new clamshell headlight design as well as new 18-inch wheels at the front and 19-inch at the back. In addition, this model also showcases the special three-layer white paint finish, which adds a shimmer to the vehicle. 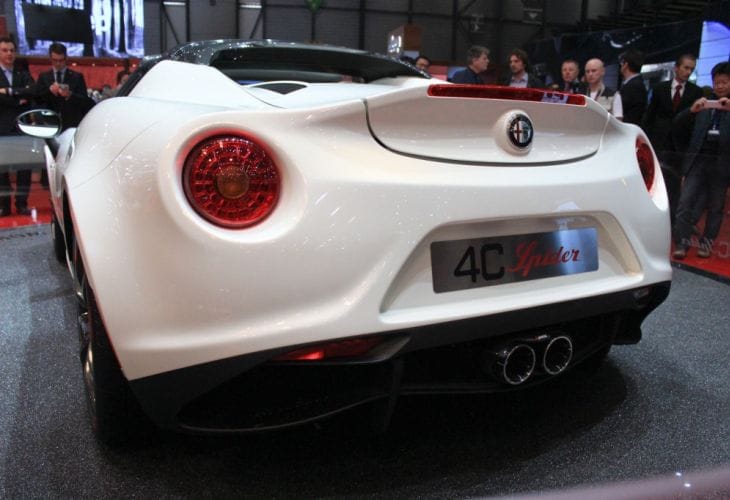 Reducing the weight is still a prominent aspect when it comes to the design and engineers have managed to do this well with the 4C spider weighing less than 2,200 pounds. So, are you looking forward to this convertible new Alfa Romeo 4C Spider coming next year?