There are some exciting LFC transfer rumors to wake up to this morning and that can only mean good things for FIFA 16 players who play with Liverpool primarily for their main squad in Ultimate Team.

The big news is that Liverpool FC have bid £26.5 million for Brazilian attacker Alex Teixeira. He currently plays for Russian club Shakhtar Donetsk and has been having an amazing season so far scoring lots of goals.

He holds an 82 rating on FIFA 16 Ultimate Team at the moment and is easily one of the best attacking players to buy for cheap starter squads – around 1,000 coins if you are lucky.

Presuming that the Teixeira to LFC deal is completed, we wanted to offer FIFA 16 fans a treat by taking a look at the mouth watering prospect that lies ahead if manager Jurgen Klopp has his way with other LFC transfer targets. 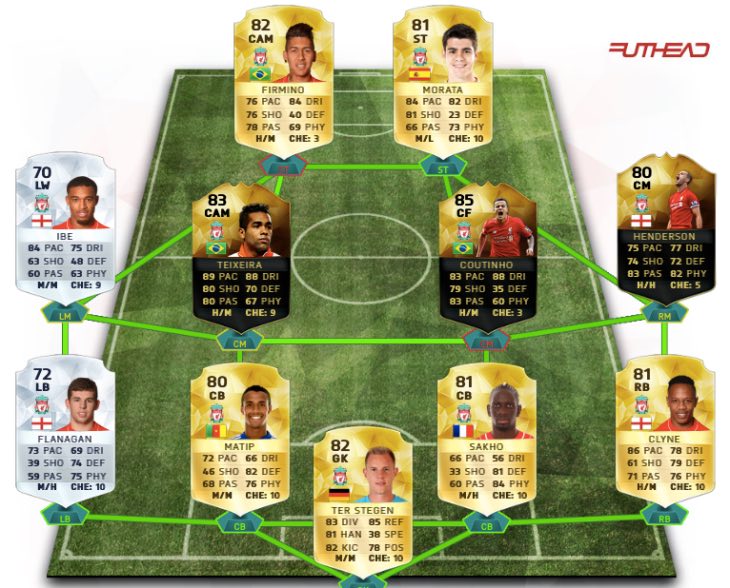 The Brazilian connection with Teixeira, Firmino and Coutinho would be a dream come true, while the likes of Morata, Matip and Ter Stegen who have also been linked would be great additions too.

Are you excited at the possibility of these players joining Liverpool, which ultimately would result in an improved overall club rating for Liverpool on FIFA 16 and FIFA 17 next Autumn?

Let us know your thoughts on this transfer and if you think Teixeira would move to LFC.