We’re sure many of you who play FIFA 16 are getting excited about Liverpool transfer news which seem to suggest that Alex Teixeira is going to be the player to join the club in January.

We have already talked about this briefly here, but now we wanted to show you exactly what he would be bringing to Liverpool’s team on FIFA 16 with a look at Alex Teixeira’s stats on FIFA 16 thanks to FUTHead. 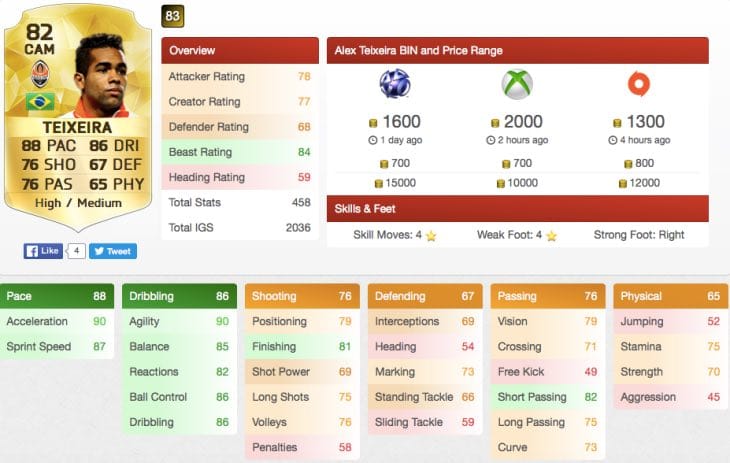 As you can see he has an overall rating of 82, with key strengths being 86 for dribble, 88 for pace, 87 for sprint speed and 81 for finishing.

More importantly though, he has already earned himself an in-form card with a rating of 83 with increased stats. That means EA could also consider him for a FIFA 16 Winter player upgrade, which could boost his stats permanently for the reminder of the FIFA 16 Ultimate Team season.

As we wait for Alex Teixeira to Liverpool FC confirmed, let us know what you think of those stats considering he is a similar player to Coutinho and Firmino – where would you play him in your team?