Earlier in the month we spoke about how the next Alan Wake game will not be version two, and recent news seems to suggest just that. Maybe there will be an Alan Wake Flash game announcement during E3. This could be heading for Xbox LIVE only and might be called Night Springs if a new website is anything to go by.

Gematsu explains how the new website could be used as a Flash game to show it to the world next week. We only have one week to go, so sure you will be able to wait until then. We do hope that you are not Apple fans, as you would have already had to take in the keynote during WWDC 2011 the day before?

Not much more is known at this time, but it was obvious that a second version would not make it this year. However, we are sure that fans of the first game will take whatever is on offer. Many gamers say that Alan Wake is underrated, and does not get the attention that it deserves, and they certainly have point. 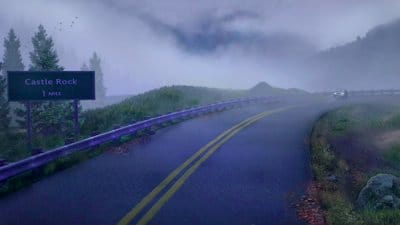 Alan Wake did not set any sales records, as figures were very low. The reason for this was due to the fact that it never had the kind of budget that some of the other big games get. However, it is now seen as a cult game, and for that reason will have a decent size following — just perfect for XBLA.