We suspect that the video drone will prove very popular over Christmas, as the prices of these gadgets have come down, and also the fact that their video quality have vastly improved. There is already so much choice on offer, although we have also seen people use a normal drone and then attach a GoPro or other action cam, although it is always an easier option to get one already built-in.

One such option is the Air Hogs Helix XV Video Drone, which is a video quad-copter with high performance and a high-speed video that can record at 60fps. This is very much needed while flying through the air fast. 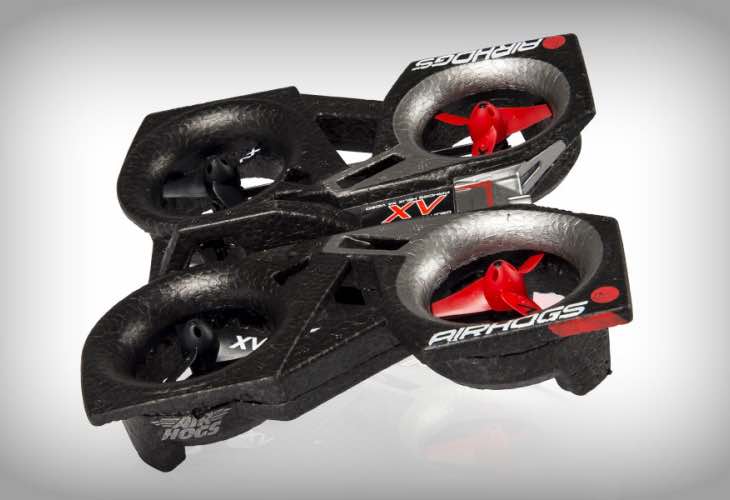 A 4GB memory card is already installed, and what we especially like about the design of the Helix XV Video Drone is how it is made from Exoframe, which protects the propellers from bumps and scratches if it crash lands. However, what is more important, is how this will not damage anything that it hits.

The current price for the Air Hogs Helix XV Video Drone is $109, although Walmart has already announced that this will be one of their Cyber Monday deals, which begins on Sunday, November 29. Its marked down price will be $75.

For those of you wanting a review of this drone, then we do not have one exactly for you. However, we have come across a video that shows the first outdoor footage after someone had just bought it. He says that it is not only fun, but very easy to control and very tough.