We were the first ones to tell you about the rumored Agents of Shield update for Marvel Future Fight and now we’re pleased to finally be able to say that it is confirmed.

The update is coming to coincide with the launch of Agents of Shield Season 3 and now we can tell you that the update will be live on October 7.

These are Agent Coulson, Melinda May, Daisy Johnson aka Quake and Deathlok as we already told you about – but also Lincoln Campbell and Asgardian Sif as well.

In addition to this, players will get a Bobbi Morse uniform for Mockingbird, while new bosses include Raina and Gordon too. 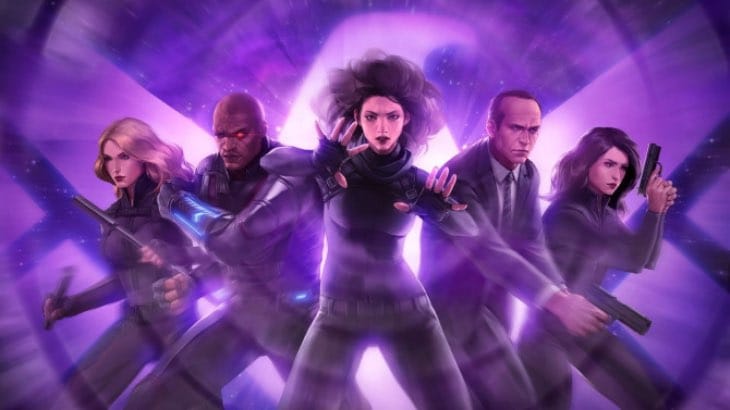 That is a ton of new characters to unlock, so we predict that 5 will be put into special missions, 2 inserted into the Honor and Chaos token shops which possibly leaves one left as a Battleworld unlock – our guesses anyway.

Players should also expect another batch of bug fixes and tweaks to existing game modes, so it is shaping up to be a great update.

If you are not familiar with some of the characters mentioned above, we suggest that you start watching the first two seasons of Agents of Shield right away!

Give us your reaction to this update and tell us if you are ready in terms of crystal and token resources.