As Japan starts the long road to recovery following last week’s terrible events, the technology world starts to feel the effects as well. We told you recently that some of Japans biggest electronics companies have had to shut down production, and even video games have been delayed.

Miyoung Kim from Reuters is reporting that prices for key technology items have soared following the troubles out in Japan. The probability of prolonged supply issues have seen companies searching for alternative sources of tech components. According to research firm HIS iSuppli this could lead to big price rises.

Prices for NAND flash chips rose again today by three percent, this after rising twenty percent yesterday. DRAM memory chip prices have also risen by 7.2 percent since Monday. NAND memory chips have seen demand jump mainly due to the Apple iPad 2. Toshiba Corp who are responsible for around one-third of the world’s NAND chips is not sure when its plant will reopen.

Texas Instruments has warned its two sites might not be running at full production before July, but it has been able to redirect sixty percent of output to other factories. Sony which have eight factories making a variety of products including Blu-ray discs do not know when they will be opening. 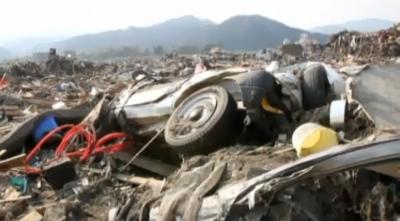 A company which makes the touch module for the iPad 2, Taiwan’s Wintek, has said they have over two weeks of supplies left, and a source from the company said they were looking for alternative suppliers.

The dreadful events of last week will continue to cause problems for the country, which will be keen to get the economy back up and running to start funding the massive rebuilding program the people of Japan are now facing.