It’s that time again when the only thing on the minds of FIFA 16 Ultimate Team players, is EA’s reveal of TOTW 3. As a result, we can now bring you the weekly TOTW 3 Predictions which includes a certain card for Arsenal FC superstar Alexis Sanchez.

Sanchez scored a hatrick over the weekend, so it’s pretty much guaranteed that he will be in the TOTW 3 lineup on Wednesday.

Not only that, but there’s perhaps a small chance that EA will also give him a special Record Breaker Sanchez card for FUT 16 – as scoring that hatrick actually meant that he’s the first player to score a hatrick in English, Spanish and Italian leagues. 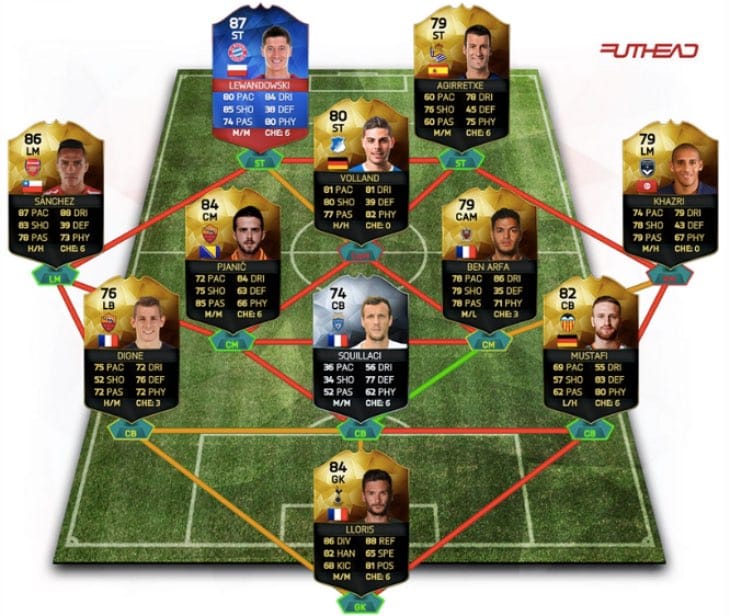 We thought that Daniel Sturridge would be in TOTW 3 after his two goal performance against Aston Villa, but as you can see he is not included in the predictions from FUTHead.

Elsewhere, there’s in-form cards for Ben Arfa and also the Record Breaker card for Lewandowski, which should have been in last week’s TOTW after scoring the amazing 5 goals in 9 minutes – better late than never though.

What do you think of the TOTW predictions this week – should Sturridge be in the list or not? Remember that EA will reveal the official list on Wednesday so we will be keeping you up to date on that.