It’s time to take apart some more juicy details from the exciting launch trailer that Sledgehammer has just unveiled for Advanced Warfare zombies.

It has been a big question from fans for months, but now we are happy to say that yes, there will definitely be an Advanced Warfare Zombies Juggernog perk.

Obviously it is not going to be called that, but we can see a similar looking machine that will offer the same effects as what we have seen in Treyarch’s zombies – i.e, giving you some extra juice so you can take a few hits from zombies and keep the fight going a little longer. 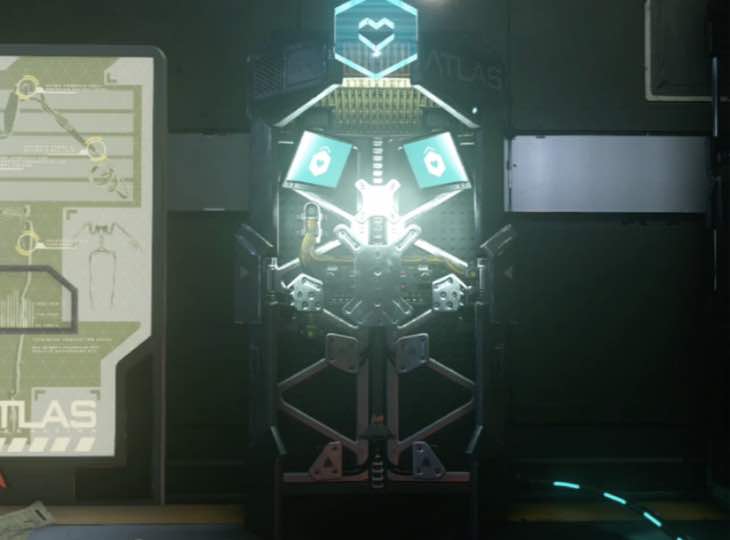 You may not be aware, but Activision has been teasing new scenes from zombies that were not shown in the trailer. One of them is the Juggernog machine which has been shown on Twitter – you can see it from the images we have included.

Activision has hinted that players can upgrade exoskeletons with some new tech, so we can only presume that this is how they will make the Juggernog effect work in the game – essentially a new Exo suit that specializes in offering more health than standard suits.

The big question though, is how many points will it cost and how easy will it be to obtain this suit? In previous games, Treyarch has made the Juggernog perk harder to obtain compared to other perks, so it will be interesting to see how Sledgehammer plays it.

Give us your reaction to this – are you happy to hear that Juggernog will be making a return in some form or another?