The PS4 and Xbox One received an update to Call of Duty Advanced Warfare last month, which adjusted scores with the system hack scorestreak and this change is yet to arrive on at least Xbox 360. The latest 1.06 patch notes arrived yesterday, but they failed to mention any changes to the system hack score to aline both generations of game.

In fact, the Xbox 360 and PS3 patch focused on fixing connectivity issues and made improvements to “content management for purchases”. We first thought the change would be made silently, although gamers have since confirmed the Advanced Warfare Xbox 360 system hack update hasn’t been made with the patch yesterday. 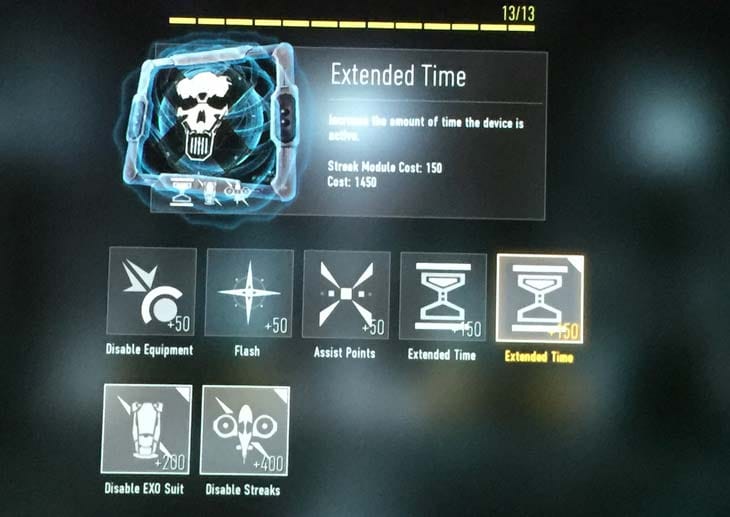 This reveals that the change will likely come with Advanced Warfare update 1.07 on Xbox 360 and PS3 at the same time. Our readers should note that Sledgehammer Games test updates on current generation systems first, so this is why improvements are made to PS4 and Xbox One, then finally arrive on previous generation consoles at a later date.

We detailed the changes to COD Advanced Warfare’s System Hack Scorestreak in this article, which saw the score changed slightly to make it harder to achieve. There was a lot of players that used this Scorestreak within a group, or even Clan, so the other team were extremely annoyed by this tactic.

It’s worth noting that freezing still seems to be evident with the PS3 version as well, according to many comments left on Product Reviews since the patch for PS3 on January 7, 2015. How do you feel about waiting weeks for changes already made on PS4 and Xbox One?