Call of Duty Advanced Warfare Double XP is now live today in celebration of new ATLAS Engineer Gear and St. Patrick’s Day 2015. The Double XP event will run from March 17 to 18 for exactly 24 hours, so jump into COD Advanced Warfare now to get started with Double XP until 9AM PST on March 18, or 4PM for those in the UK.

We hoped to see some Double XP for Advanced Warfare multiplayer today and we touched on this in our article earlier today, which revealed the full ATLAS Engineer Gear and some details on the new drops. You can see a new image shared by Sledgehammer Games just moments ago below, and this features the start time for the Double XP today along with the green theme on St Patrick’s Day. 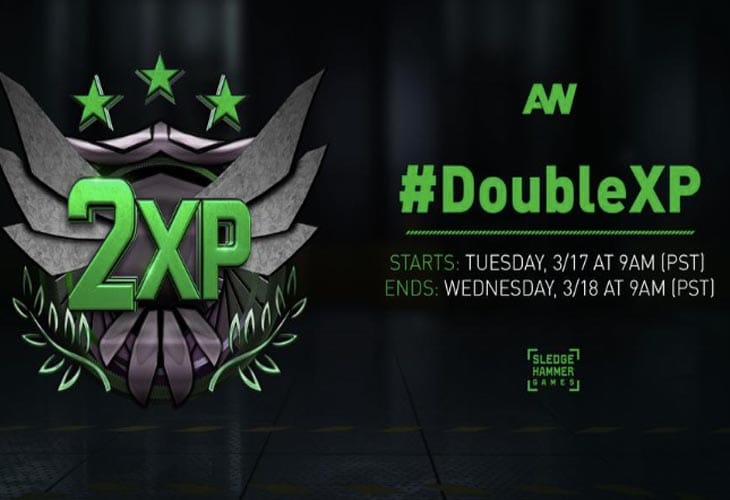 What’s your thoughts on the new ATLAS Engineer Gear in Advanced Warfare? Also, will you be taking advantage of the Double XP to level up faster? While this isn’t a weekend event, we are sure many of our readers will try to spend some time playing for those extra points.

We have included the statement from Sledgehammer Games below that details the reason for Double XP. As you can see, everyone that plays this week receives the ATLAS Engineer EXO as an exclusive reward and after this time it will be gained through Advanced Supply Drops.