We have a treat for those of you who looking forward to the upcoming Supremacy Map Pack, which releases early on Tuesday morning US time.

One of the maps featured is Skyrise, which is actually a remake of Highrise – a classic map from Modern Warfare 2.

Certain individuals have already had access to Supremacy with an early preview and thanks to that, we can bring you an early Advanced Warfare Supremacy Easter egg located on the Skyrise map.

It comes courtesy of uploader TmarTn who has noticed something similar between Skyrise and Highrise. Those who remember the original map will remember that there was a way to reach the very top of the building and it was a paradise for snipers. 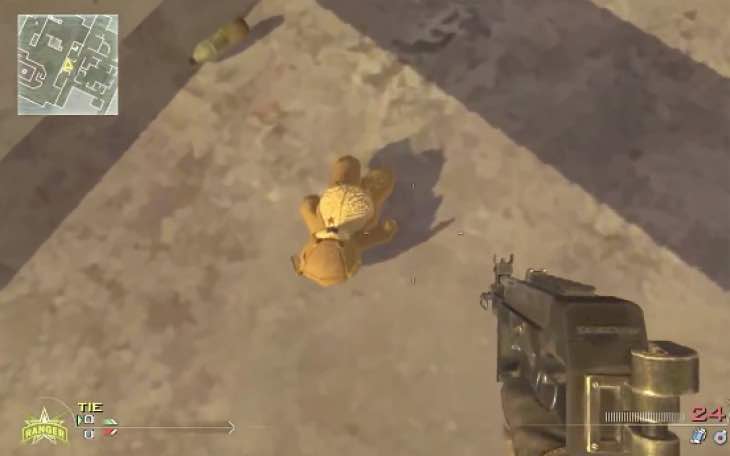 More importantly, Infinity Ward scattered teddy bears all over the roof on Highrise and we can see that Sledgehammer has somewhat paid homage to this.

Located on the Skyrise roof is not teddy bears, but little sledgehammers which is an obvious reference to the original map.

We can definitely call this an easter egg, albeit a small one but Sledgehammer has definitely taken influence from those teddy bears from the original.

Check out the evidence of this below and let us know what you think about it. There’s 13 sledgehammers on the roof for anyone that is interested, but we’re not sure if that means anything yet.