Something may be wrong with the PSN today, as minutes after reporting on some Destiny server problems on PS4, it looks like the Advanced Warfare servers are down on PS4 and PS3 today as well.

We’re not entirely sure what the root of the problem is, but we can see ourselves that are are getting the Advanced Warfare “service is not available” message for multiplayer frequently.

We’ve had a look at the official SH Games and Call of Duty pages on Twitter, but there’s no update regarding a COD server outage on PS4 and PS3 platforms yet.

The Activision Support page is however responding to queries, so perhaps this is the best method of finding out what is happening before anywhere else. 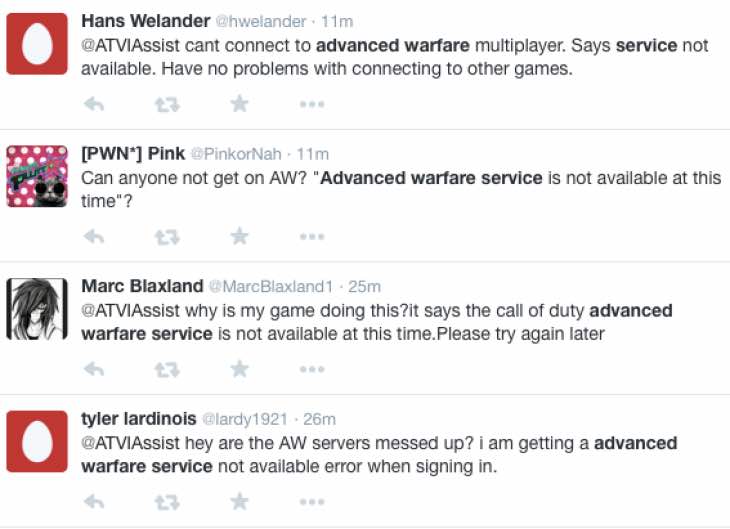 We know that the COD AW servers are down in some parts of the US today such as California and Chicago, but we’ve also heard complaints that gamers in Europe are also having problems too.

Are the problems linked to the PSN Destiny server errors that we are seeing, or a problem with Activision in general?

While we look for a status update for you, let us know what you are experiencing at the moment. Is Advanced Warfare down in your area?